The United States’ political asylum system is in a deep coma. Despite the efforts of several state actors to improve the system, the problem is spiraling out of control. According to the latest information from Homeland Security, the asylum applications backlog (i.e. - all cases that have not been considered as of February 2018) reached more than 350 thousand cases. In June 2020 local USCIS offices started holding interviews again after a lengthy closure due to the COVID-19 pandemic and quarantine lockdowns. However, approximately 9,000 to 12,000 cases lost the opportunity for their interviews in 2020. The capacity to process asylum applications is approximately 2,000 to 4,000 interviews per month, which is between 24,000 and 48,000 applications per year. To put this in perspective: in 2018, 105,472 asylum cases were submitted.

In 2020, the Trump administration initiated a series of changes to the asylum process that had a significant impact on both existing asylum seekers and new applicants. In July 2020, the Office of the Citizenship and Immigration Services Ombudsman published an annual report that includes a detailed analysis of the current state of political asylum, and a summary of innovations. We have prepared for you a selection of the important items that have already been implemented or are expected to be implemented in the near future.

The problems in the political asylum system are not new. For example, in late 2012, the number of cases in the backlog reached 15,526, and in 2020 this figure exceeded 350,135 cases. If extraordinary measures or legislative changes are not made, most of these cases will not be considered. 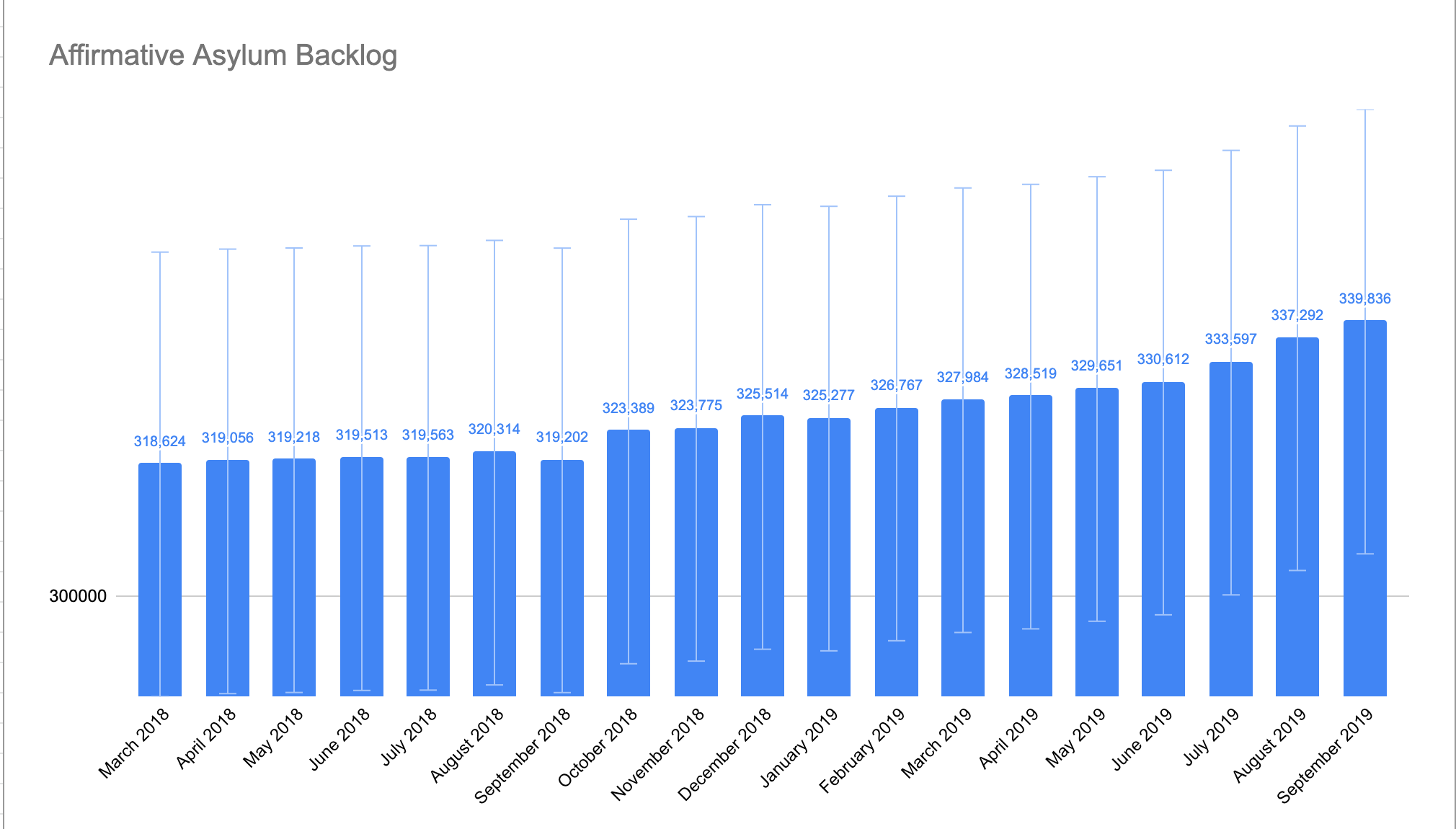 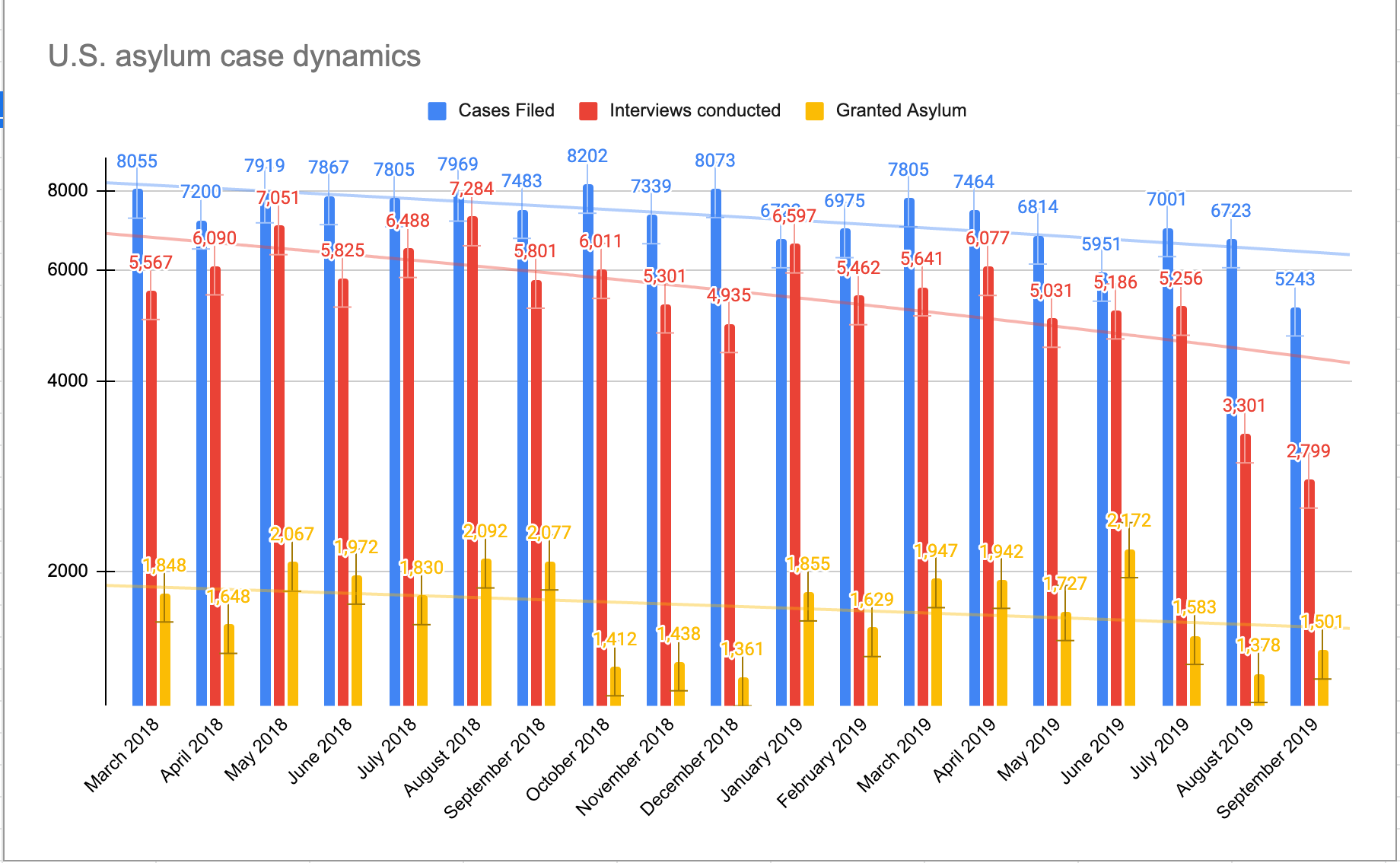 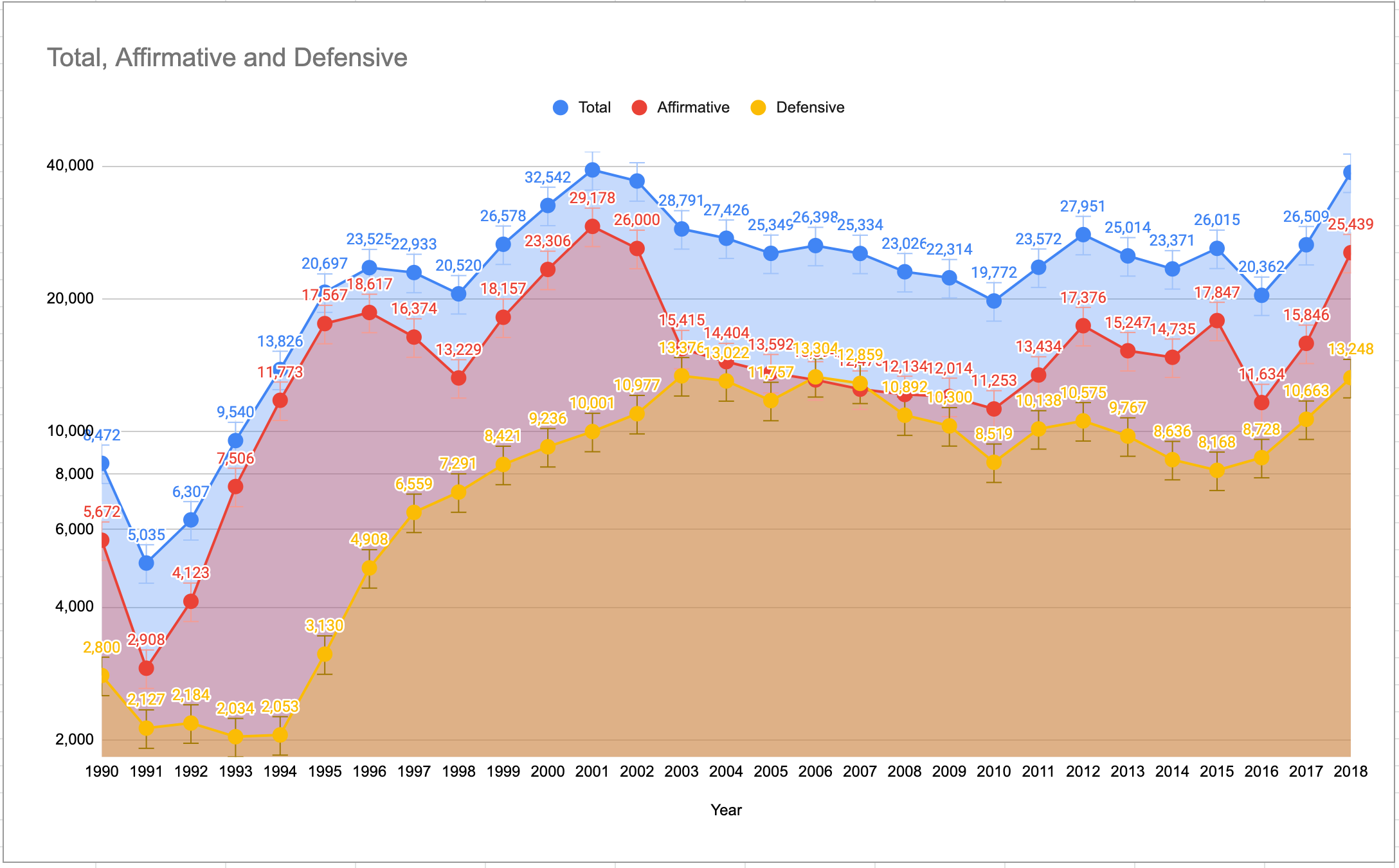 What has changed for asylum seekers in 2020:

The second significant change was the removal of the deadline for application consideration and the issuance of the card. The previous rule set 30 days for the deadline for consideration and 90 days for the issuance of the card. Under the new procedure, USCIS does not have a deadline for processing the application, which is likely to lead to the formation of a line of applicants for political asylum to obtain or renew the employment authorization.

New petition fees have also been set, including:

NB! Note that USCIS has updated the I-765 and I-589 forms. When submitting the relevant forms, download the current forms following the above links from the official USCIS website.

In connection with the COVID-19 pandemic, the USCIS political asylum offices changed the interview procedure, in particular:

In this case, if you came for the interview at the specified time, and the interpreter of the requested language is not available – your interview will be shifted to another date. If you don’t speak conversational English and refuse a USCIS interpreter, your case will be referred to an immigration court. If your language is not listed you can bring your own interpreter.

One of the important global initiatives is the launch of the Asylum Vetting Center (AVC). The idea of ​​creating a special national center for checking applicants for political asylum arose in 2015 as part of a U.S. Government Accountability Office (GAO) at the request of the US Congress, full report can be found following this link.

AVC is slated for launch in March 2021 and will be the main recipient of political asylum petitions I-589, Application for Asylum and for Withholding of Removal. Their staff will include 250 federal employees, 100 contractors, and 40 political asylum officers. This center will replace the Nebraska Service Center (NSC), and the AVC functionality will include:

When AVC is running at full capacity, the part of the functions from the local officers from the USCIS will be transferred to the AVC center. In particular, security screening of the applicant will be conducted before the interview, and the relevant emigration officer will already have the results of such screening at the time of the interview.

AVC will also analyze the language in all applications (it is also anticipated that the I-589 petition will be submitted electronically through a user account by either the applicant or an authorized person) and identify similar patterns with other applications. That is, if your story matches other stories, the system will automatically mark a special investigation of your story/case.

In the process of acquiring political asylum in the United States there are several trends:

If you are an asylum applicant and are waiting for an interview, or in the process of preparing a package of documents, have a look at the resources we recommend you to use: