Queer Ukrainian Activists and Allies to Gather at Stonewall Inn,

NEW YORK, NY– This Saturday, Ukrainian queer activists and their U.S. allies will gather in front of the birthplace of the modern LGBTQ movement– the Stonewall Inn– to protest Vladimir Putin’s ongoing aggression and the threat it poses to the queer movement in Ukraine. Advocates– led by QUA – LGBTQ Ukrainians in America– call for American and European queer advocacy organizations to use their considerable voices to raise awareness of the threat a Russian invasion poses to queer Ukrainians. They also urge American and European leaders to counter Russian aggression with swift and decisive economic and militaristic deterrents.

Ukrainians have dealt too long with Putin’s imperial ambitions and the spread of his homophobic and transphobic ideology. Eight years ago, Russia started a war against Ukraine, annexed Crimea, and effectively took over part of the Lugansk and Donetsk regions. That aggression– which went largely unanswered by Western allies– cost lives for many Ukrainians and posed a serious and urgent threat to LGBTQ and human rights in the region. The LGBTQ community in Crimea experienced particular hardship: losing access to medical treatment and finding themselves criminalized. Many gay people were tortured or ended up in psychiatric clinics.

“Once again Putin and Russia have decided to rob Ukraine of its sovereignty and claim ownership of Ukrainian people. Thousands of our brothers and sisters are under attack; Ukraine, as the only truly democratic former republic in the region, is under threat.” Said Bogdan Globa, co-founder of QUA. “If we still believe in freedom and democracy, we must stand in solidarity with Ukrainian society at this challenging and dark moment in Ukraine’s history.”

QUA - LGBTQ Ukrainians in America– the first non-governmental organization of LGBTQ Ukrainians and their allies in the United States, will gather at the Stonewall Inn starting at 2pm EST on Saturday, Feburary 26th in support of Ukraine and the Ukrainian LGBTQ community. Those interested in attending can find more information on Facebook (https://fb.me/e/1sEquGKdh).

**“American human rights organizations and New York advocates are powerful. We invite you to show your strong, and vocal support for the Ukrainian people. With your urgent help, we will encourage US political leadership to pursue the strongest measures possible to protect Ukrainian sovereignty.” ** 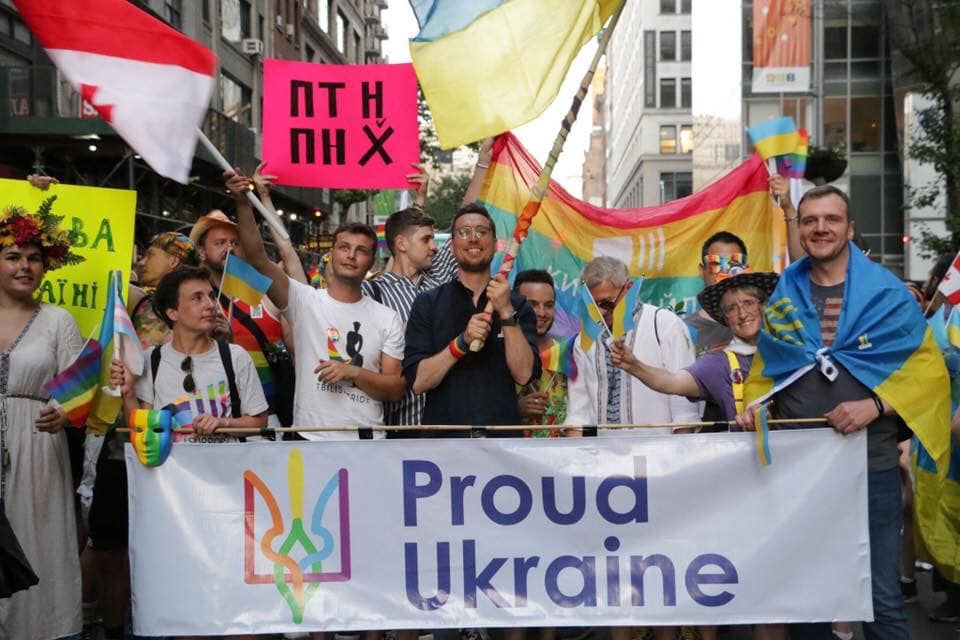